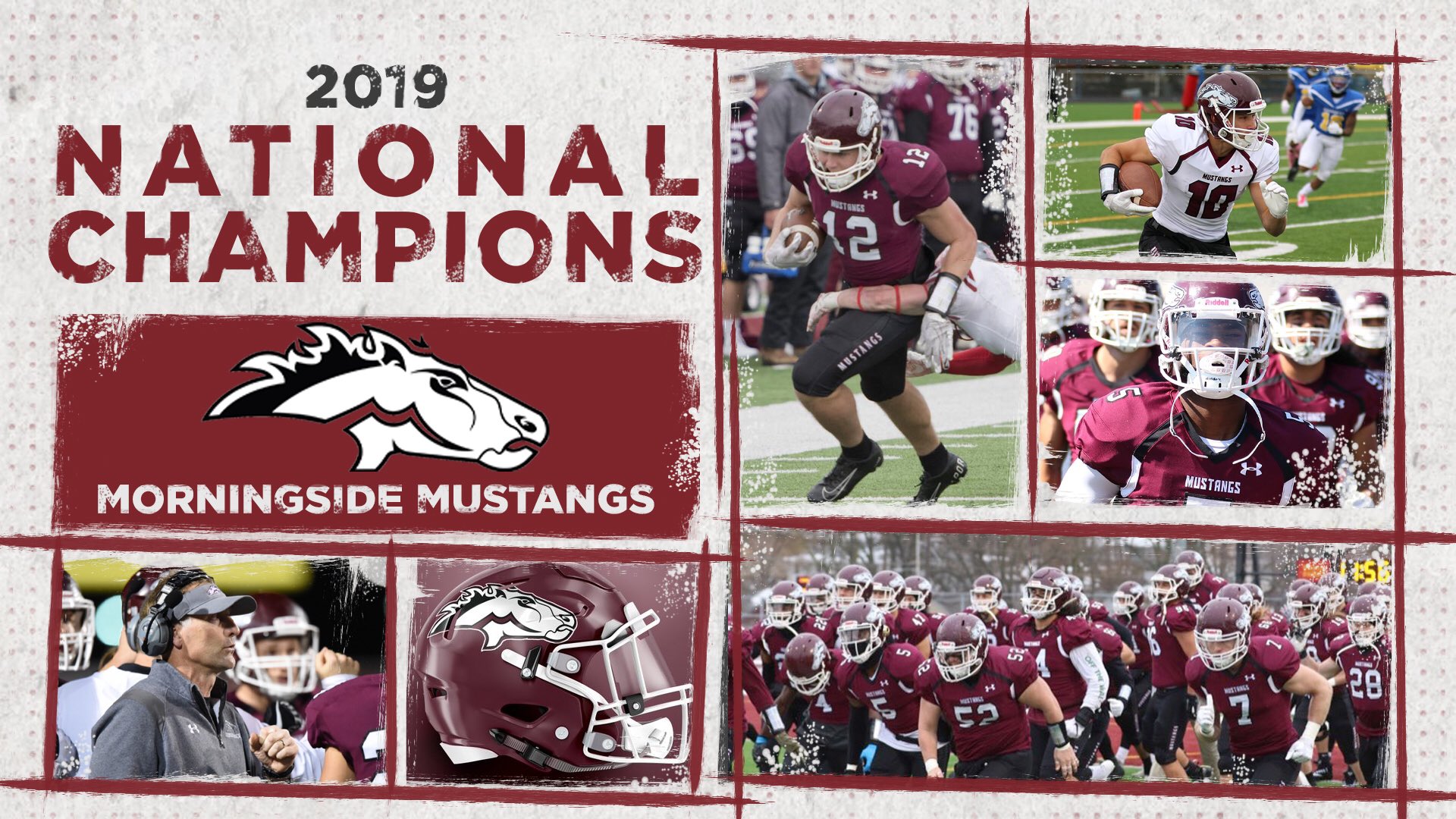 A rainy day faced the two undefeated teams from the Midwest. The two conference champions met at Eddie G. Robinson Stadium in Grambling, Louisiana. One of Morningside and Marian had to take their first loss of the year. Both teams were focused. There wasn’t much chatter in pregame warmups. There was work to be done.

Both teams started off slow, trading possessions and feeling each other out. The defenses did a good job of stopping the run, and a couple of off-target passes showed that maybe the teams were playing a bit uptight. Morningside gradually won the possession battle and got the ball into the red zone, but a botched snap on a FG ended the threat. Marian went 3-and-out, and on the ensuing Mustang possession, Reid Jurgensmeier caught a pass in the corner of the end zone to put the Mustangs up 7-0.

The Mustang defense apparently took notice of the National Player of the Year and consistently bottled him up. Ethan Darter could find no holes in the Morningside secondary. The Marian offense had no answer for the swarming defense. Little by little, the Mustang offensive line got more push up front. And with that push, the run game with Ponder became more effective. This led to another touchdown pass, this time to Jurgensmeier. The 2-possession lead wouldn’t last long, though, as Marian drove down the field and threw a touchdown pass of their own. That wouldn’t last long. Morningside drove down the field on an 11-play drive and threw a third TD pass to the third different receiver – Sione Tuifua. Subsequent drives went nowhere, and the teams headed into halftime with Morningside holding a 21-7 lead.

On their first possession, Marian marched down the field and narrowed the gap to two scores. On the ensuing drive, Morningside bullied their way down the field on the back of Ponder. But the big play was not by the shifty back; rather, by Joe Dolincheck on a zone read that fooled everyone. Dolincheck then tossed his 4th TD pass of the day, again to a different receiver – this time, Austin Johnson. After another TD pass by Darter, Morningside answered with another passing touchdown to Jurgensmeier. On the ensuing drive, Salary broke loose and gave Marian great position outside the red zone as the quarter ended.

It didn’t take Marian long to pull within a score, as they scored on Darter’s 4th passing TD of the game on the first play to make the score 33-28. Marian had stopped Morningside’s offense on the next drive, but a targeting call on linebacker Joey Floccari gave the Mustangs a new set of downs. Marian’s defense held strong for another three downs and forced only the second Mustang punt of the night. But at the other end, they could only manage a field goal, bringing it to 33-31. A 3-and-out from Morningside gave the Knights just what they wanted. But Marian couldn’t convert on 4th down, and a late touchdown gave the Mustangs a 9-point lead. Marian drove the field and scored to make it a 2-point lead.

The Mustang Magic rolls on for another season, winning the second consecutive national championship, 40-38.